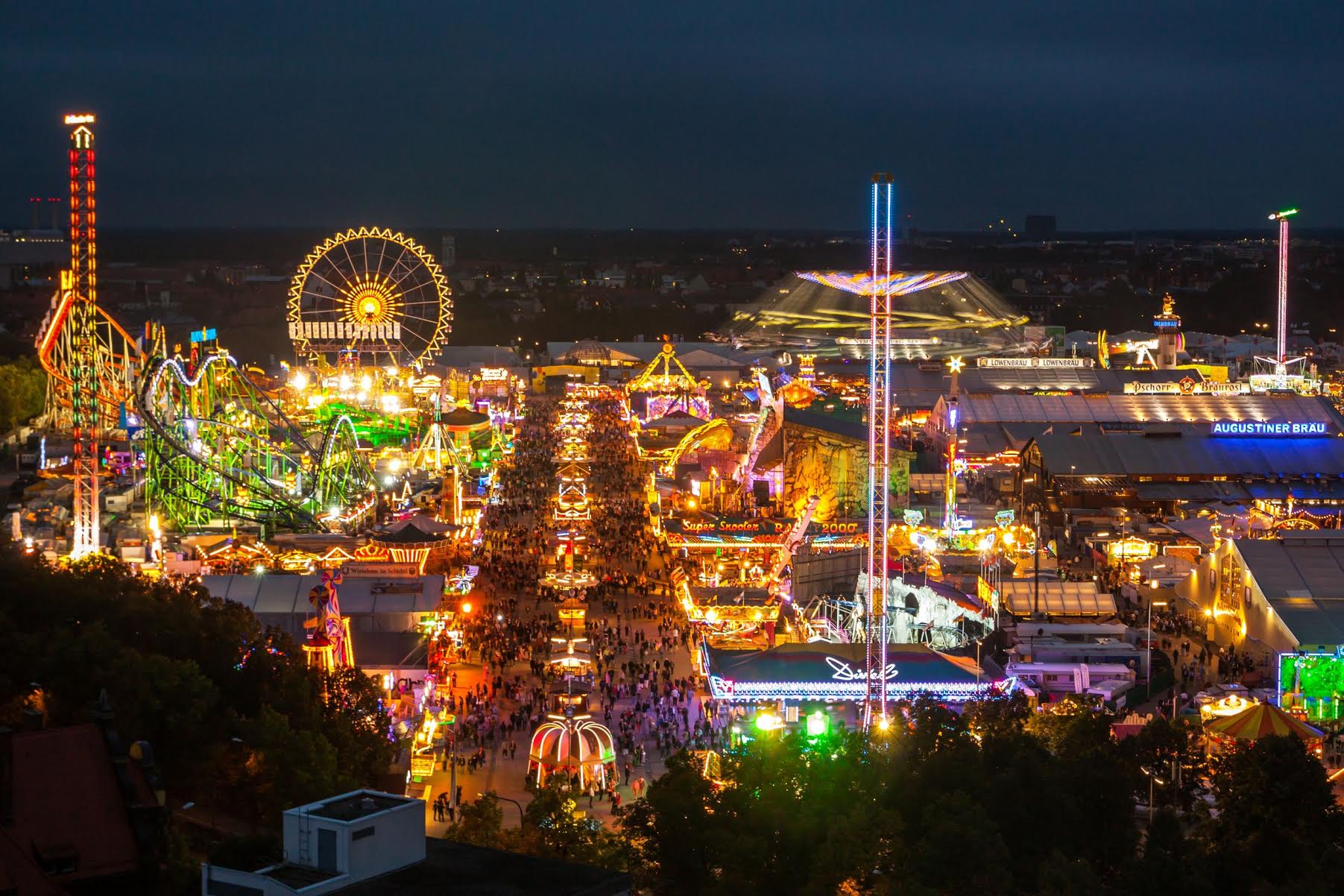 The Oktoberfest in Munich is more than just tents, music and beer. We want to encourage you to also try some of the original attractions, which offer a unique experience because of their own traditional charm. a very special charm due to their tradition.

The Oktoberfest was founded by Prince Ludwig, later to become King Ludwig I, when he married Princess Therese of Saxony-Hildburghausen on the 12th October, 1810. The citizens of Munich were invited tocelebrate their royal wedding with festivities held on the fields in front of the city gates (coined Theresienwiese after the event). Horse races performed during this celebration marked the beginning of Oktoberfest, which is often called “Wies’n” by locals. Incidentally, wearing the traditional Bavarian outfit as a must when you attend Wies’n came about much later. Did you know that the Oktoberfest always ends on the first Sunday of October?

Pitt’s Wall of Death is a wooden cylindrical steep wall with a diameter of 12 meters and a height of eight meters. Several motor cyclist race along the wooden wall, held only by the centrifugal force generated. Their bikes are as old as the establishment itself, which was founded in 1932. 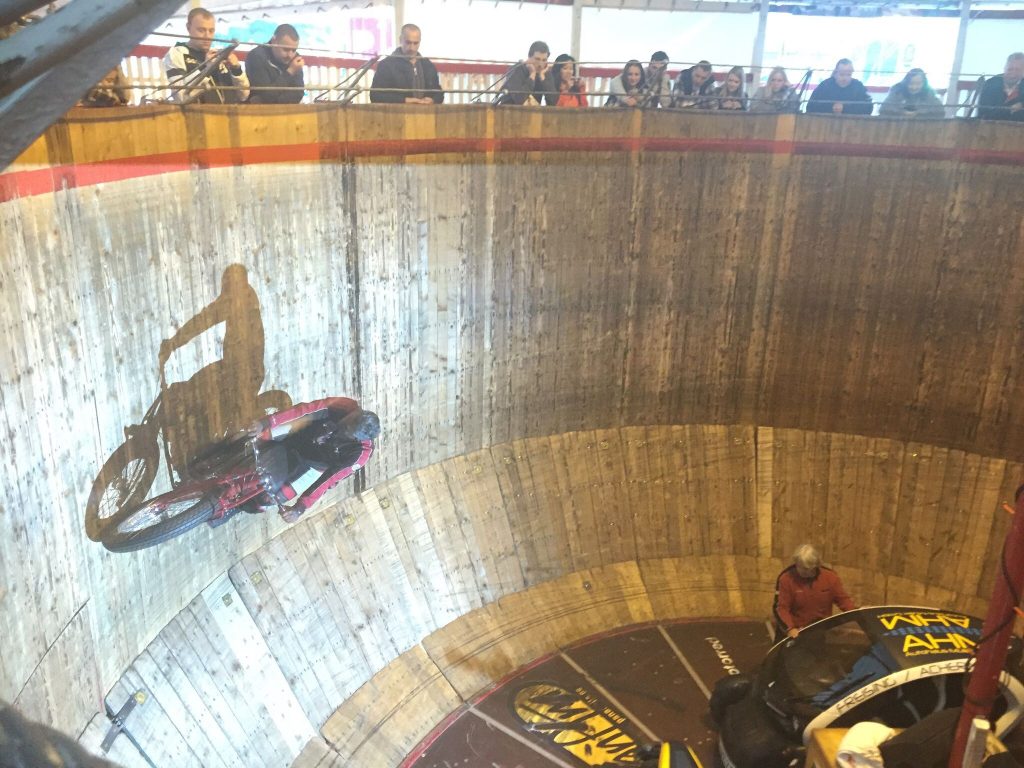 The name ‘Krinoline’ is derived from the petticoats women wore underneath their skirts. The carousel, built in 1924, actually means “ring-bank-crinoline” and was originally powered by 3-4 ‘swing’ men, who pulled down the bars underneath the carousel to generate the swing movement.The job was extremely exhausting, which made the men very thirsty and drink lots of beer that consequently, got them , drunk quicklyand forced them to close the carousel mostly after lunch time. Personnel costs were also too high andthe revenue too low. Therefore the men were replaced with electric motors from 1937. Owner Michael Großmann invented a special electric motor and patented it. The date of the patent application can be found on the ride itself.

There are only 2 Krinolines worldwide, one in a museum in Tokyo and one here at Oktoberfest. 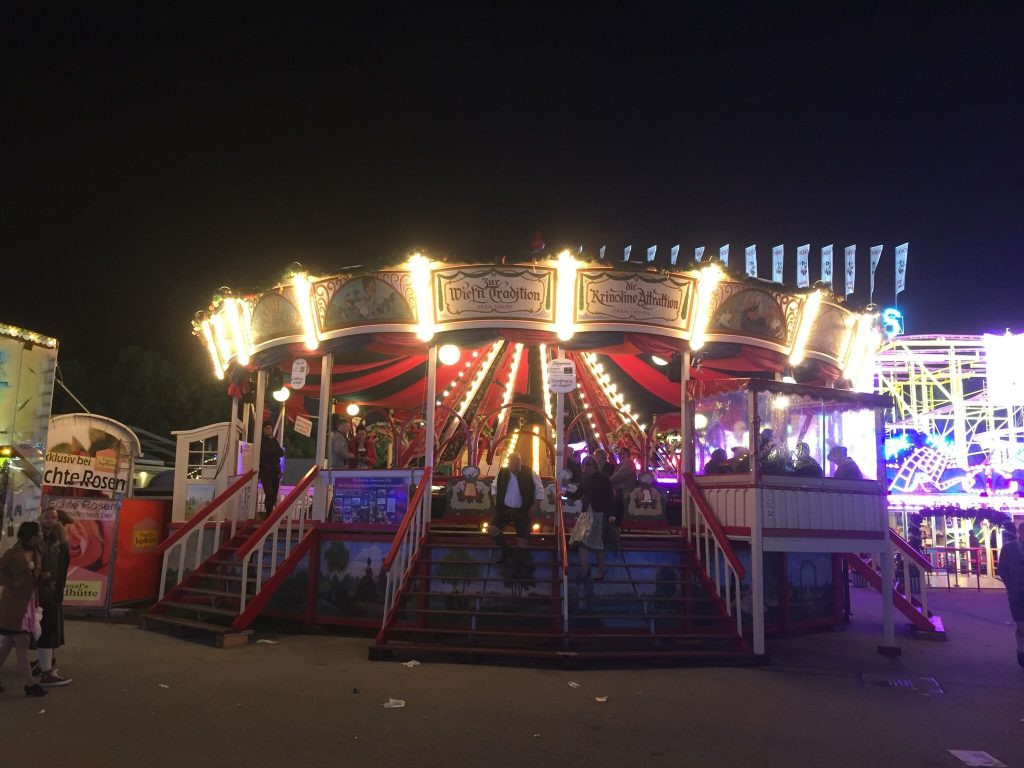 During the Oktoberfest of 1818, Anton Gruber advertised a “Russian Swing” as an amusement, in addition to a “Teutsche swing”.

It was a vertical spinning “wheel swing” with extra hanging seats, so that you could sit in any position on it. The origin of this principle came from Russia, hence its name. The city press office has already documented such a Ferris wheel in 1620. 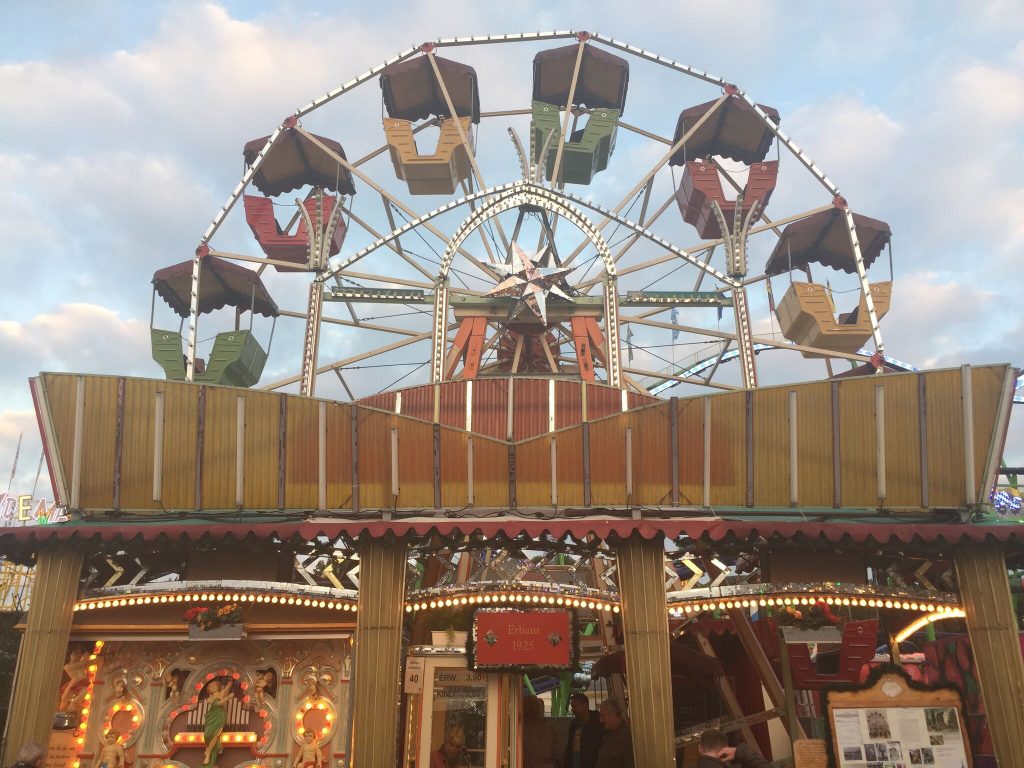 The ‘chain flyer’, owned by the family Kalb, belongs to the Oktoberfest since 1919 and is still family operated. The painted panels are copies, as the originals are now housed in the Munich City Museum. 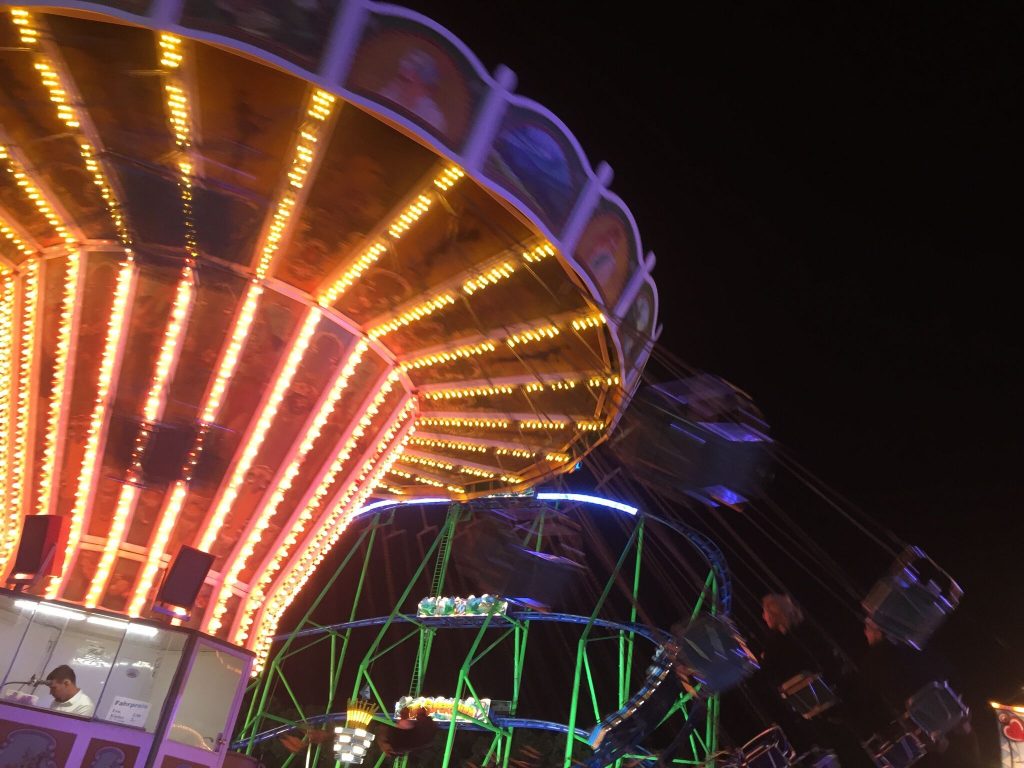 They caused a scandal in 1919 as a naked women was painted on the panels. An hour after the opening of the operation it had to be closed because of indecency?.The ladies were painted over during the night and the next day the Kettenflieger resumed operation.

Most people think this is some kind of trick at first . But if you go there and see it for yourself; it is amazing. The little creatures are real artists. They jump, drag carriages and dance – under the guidance of their trainer.   The flee circus pitched its tent for the first time at Oktoberfest about 70 years ago – and is a small, cosy environment

Fun fact: if a human could jump like a flee, he would be able to reach the top of the Eifel Tower, which stands at 321 meters. 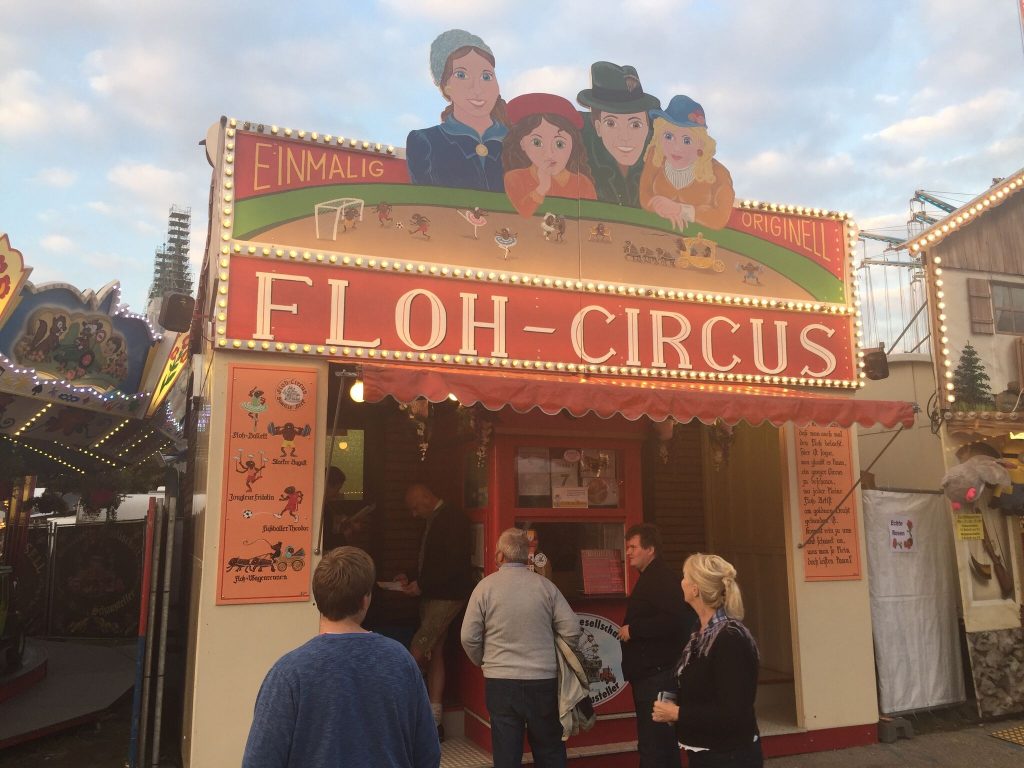 If you enter the ‘Teufelsrad’, established in 1910, ‘the Rekommandeur’ will try to throw you off balance by ‘bowling’ a huge soft balls at you, whilst you struggle to keep on top of a 5 meter wide rotating platform. It’s a blast! Although perhaps even more so for the spectators . And once you have paid, you can stay as long as you want. 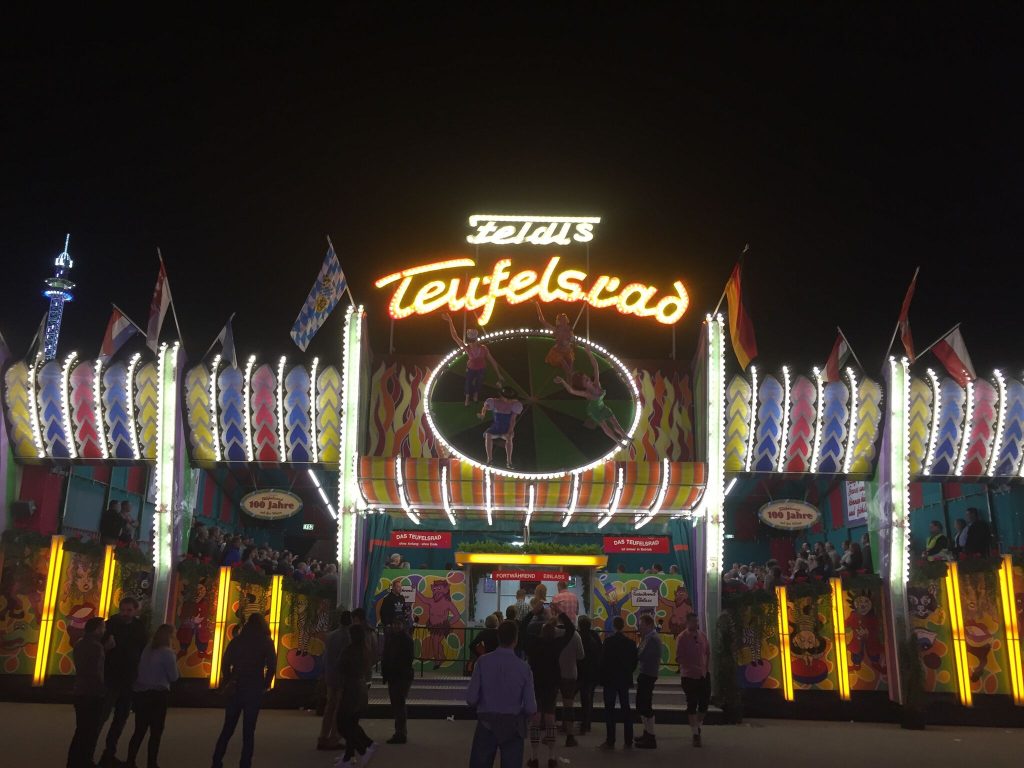 It is one of the oldest attractions on the Wies’n, established 1894. It simulates a 360 degree somersault and you will think it’s real. Be warned, this is not for people who get sea sick easily. 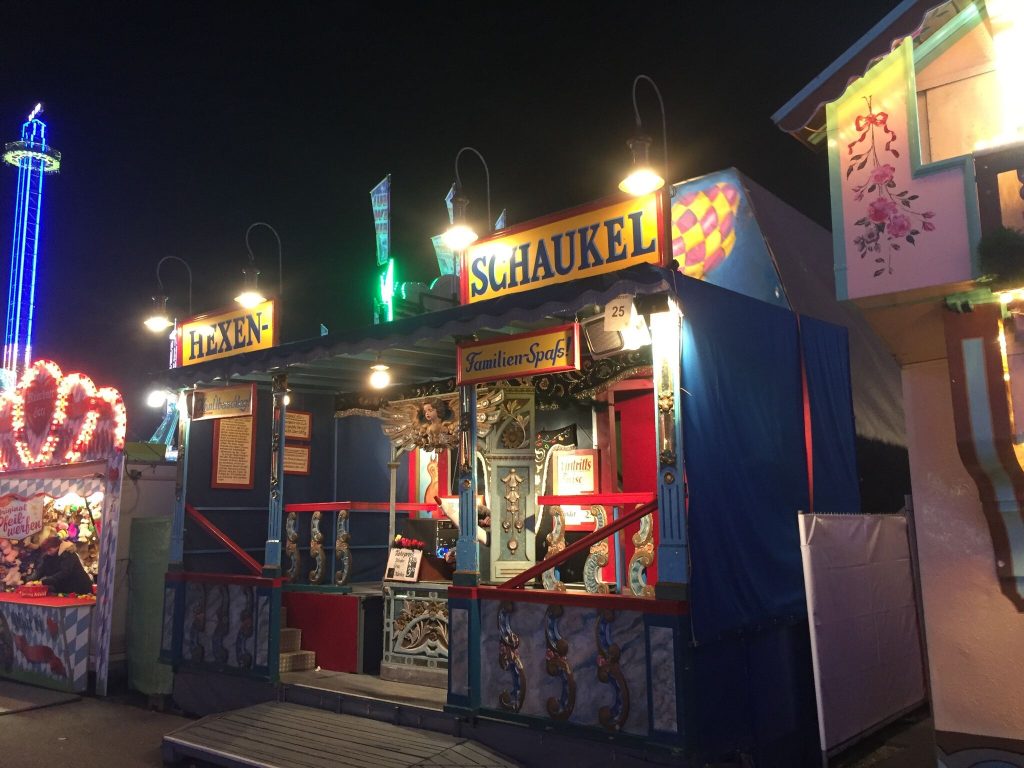 Pure unadulterated joy! Watching people manoeuvre the conveyor belt, as they attemptto reach the top of the slide is extremely amusing. You can spend hours observing of the various odd positions people get into trying to overcome the movement of the belt. The name Toboggan originates from the Canadian Indian language to describe wooden boards tied together, bent at their tips, with fur attached to them – like sledges without skids. 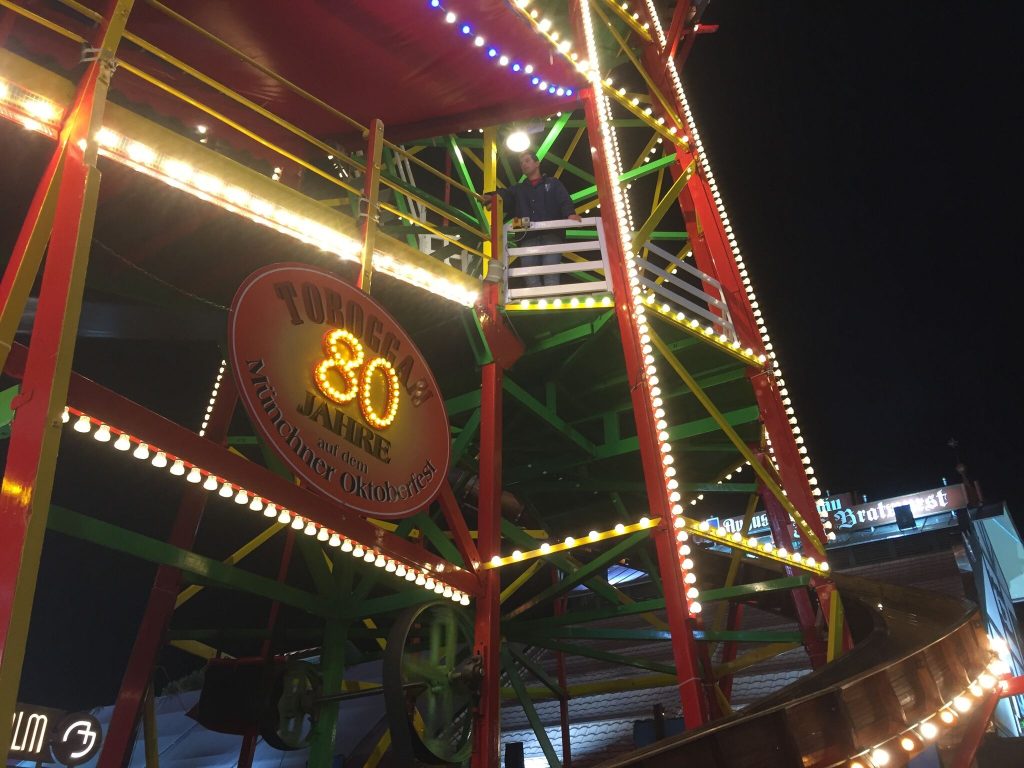 Physics at its best – gravity is compensated with centrifugal force. The 80 year old Rotor, run by the Pluschies family since 1969, is a cylindrical rotating pot. When it spins fast enough the floor disappears and people stick to the wall due to the centrifugal force. Wow, what a feeling having your feet hang in the air. 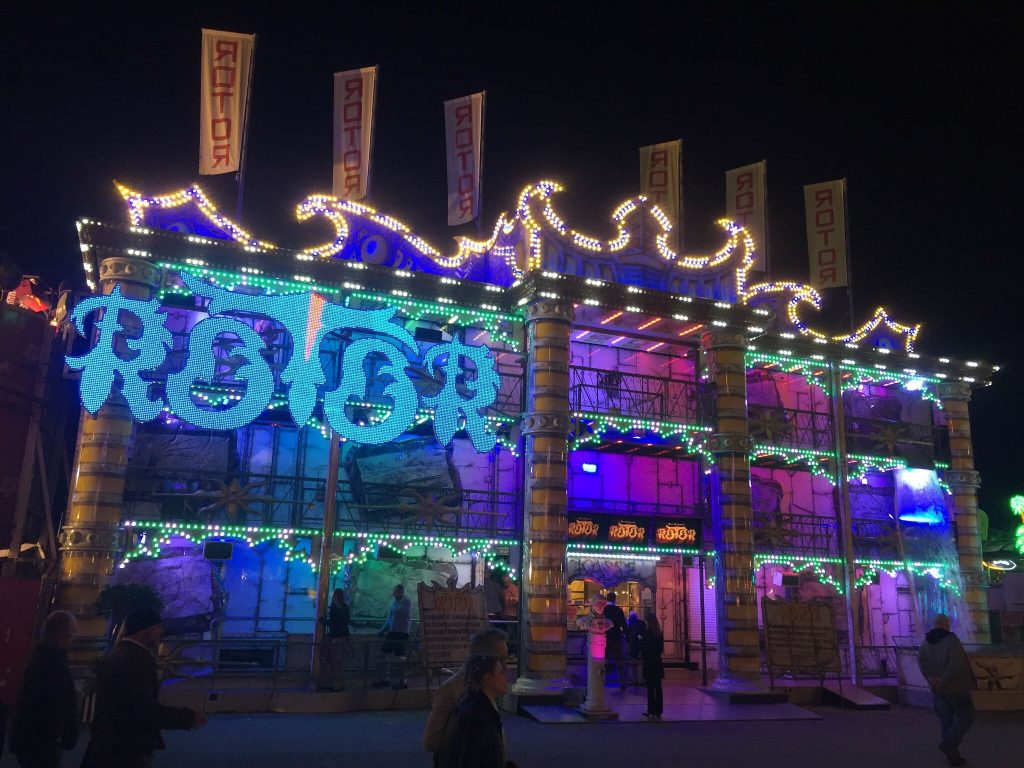 You can find all these spots on myLike as a geolocated list (click here: ‘Wiesn Treasures’) and you can in addition book a guided walking tour with even more comments and insider information with Universum. 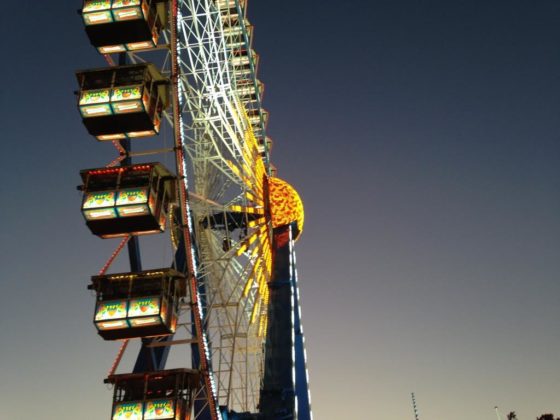 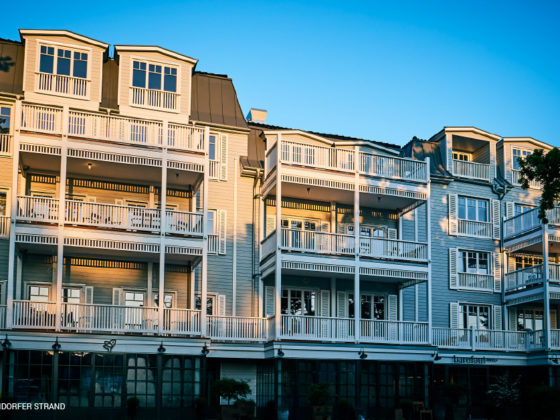 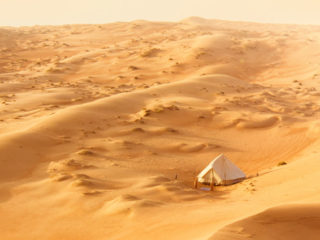 Unusual Hotels from all over the World