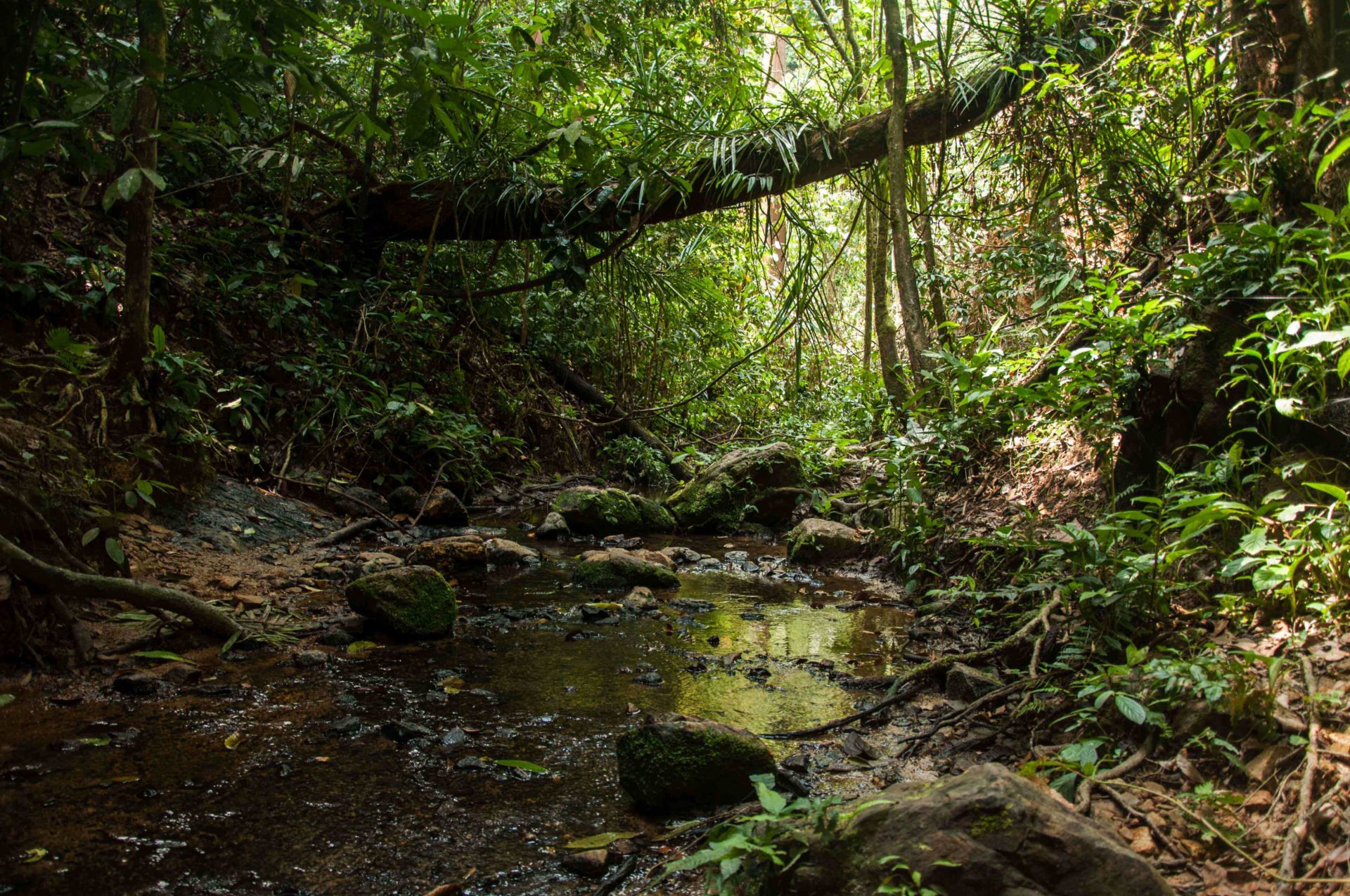 5 Highlights in Sumatra: From the Beach to the Jungle, from Culture to Food Experiences

Sumatra is the biggest Indonesia island but still, this fact doesn’t attract many tourists. But being a bit off the beaten track makes this wild west of Indonesia a special place.

Maybe lacking cultural and historical highlights, Sumatra has plenty of things to see and do. Away from the crowd, lots of wild nature, delicious food, friendly people, active volcanoes, crater lakes and warm water beaches, with breaks that attract surfers from all over the world. 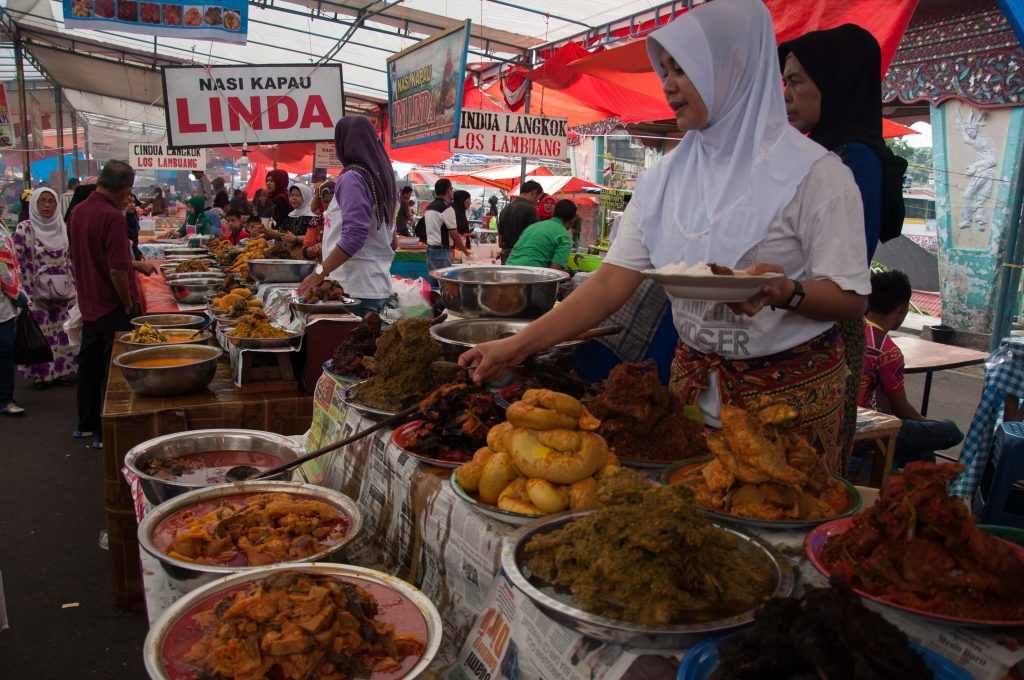 Krui… the surf and the beach

Krui is famous for the good surf breaks, which attracts people from all over the world. If you are not in the surfing mode, or if your skills aren’t good enough for big waves and strong currents, Krui is still a pleasant place to stay: quiet village, nice people, warm weather and a sea with a perfect temperature… let’s say, something around 27 degrees all year round.

But Krui, located between the tropical jungle and the sea, is more to offer than just the waves… there are rice fields to walk through, waterfalls to discover, rivers to swim and a local food market that during the Ramadan offer delicious treats. 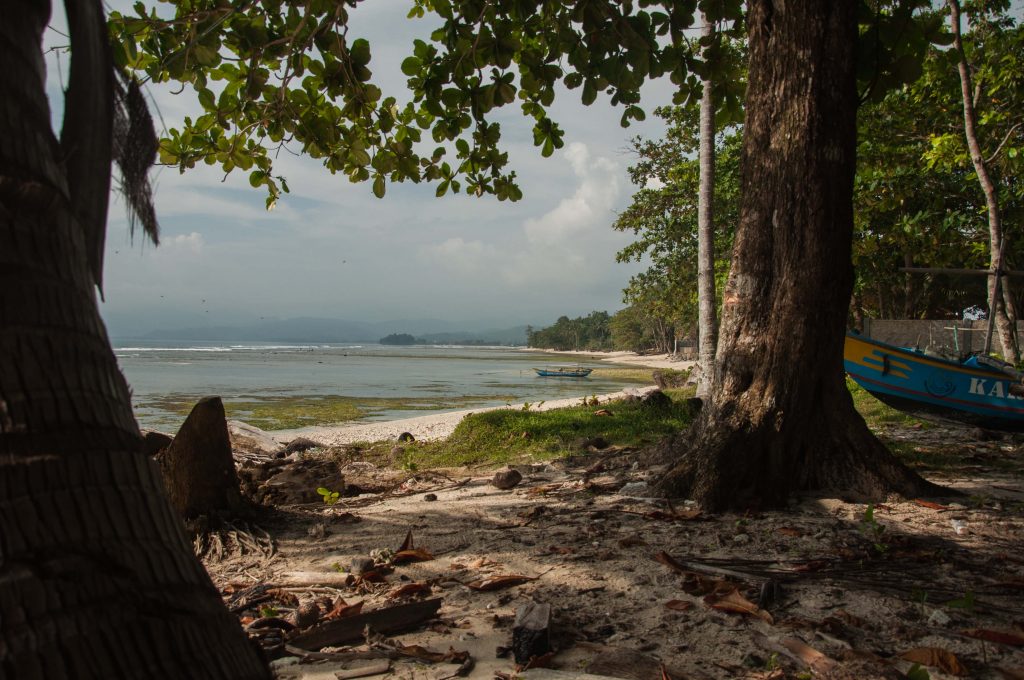 Padang… where is the food?!

As soon as you arrive in Indonesia the words “Masakan Padang” will pop-up in front of your eyes from signs and restaurant windows. Basically, it means “Padang food”, the traditional cuisine from the Minangkabau people of West Sumatra, from where Padang is the capital.

The typical Padang meal isn’t complete without these three things: rice, a juicy meat of fish curry and some green leaf vegetables, all these seasoned with the sambal, a spicy sauce made from chilies. The unripe jackfruit curry cooked with coconut milk and seasoned with ginger, galangal and turmeric, with the kaffir leaves and the lemongrass giving a fresh flavor, is the a “must try” in a visit to Padang.

But Padang is not just the food. The Masjid Sumatera Raya Barat, the grand mosque of West Sumatra, is an impressive building inspired on the pointed roofs of the Minangkabau houses, one of the Sumatra’s ethnic groups.

The markets are always the center of the activity in any Indonesia city, and Padang is not an exception! Nearby the Pasar Raya the streets are crowded with sellers, hawkers, people and traffic… clothes, fruits, fish and tasty food… busy, colorful and vibrant of activity.

Bukittinggi… the lake, the valley and the food

Bukittinggi, located in West Sumatra is the heart of the Minangkabau, an ethnic group that keeps strong their traditions, easily visible on the architecture of wooden houses with the pointy roofs and by the less visible matriarchal society that is unique in Muslim communities.

The city, dominated by the Mount Marapi, a volcano that is still active, has some attractions that worth a visit, like the house of Mohammad Hatta were the first vice-president of Indonesia lived. An old-fashion clock tower (Jam Gadang) left by the Dutch marks the center of Bukittinggi, with the Pasar Bawah, a lively market with narrow corridors, crooked stalls and filthy areas, all wrapped in a dim light where we are welcomed with curious smiles.

The Panorama Park offers a privileged view to the Koto Gadang, a natural huge stonewall as also for the Sianok Valley, a canyon filled with fertile rice fields.

What attracts people to Bukittinggi are the surroundings, with the Danau Maninjau, a lake on the caldera of an extinct volcano that is a much more interesting seen from the top and the Puncak Lawang, a nearby hill.

The Harau Valley stands up from all Bukittinggi attractions, with its flat rice fields surrounded by impressive rock walls, where a few waterfalls create cool and refreshing areas. The Harau Valley shows a perfect image of quietness, just disturbed by the lively chatting of the kids at the end of the school day.

But you can’t leave Bukittinggi without trying the delicious Minangkabau cuisine, simple food but with a wide range of flavors and a spicy twist: the rendang, a thick and dark gravy where the taste of spices mixes with the sweetness of the coconut milk, and the nasi kapau, a rice dish mix with a choice of different juicy curries served with the traditional long coconut spoon! 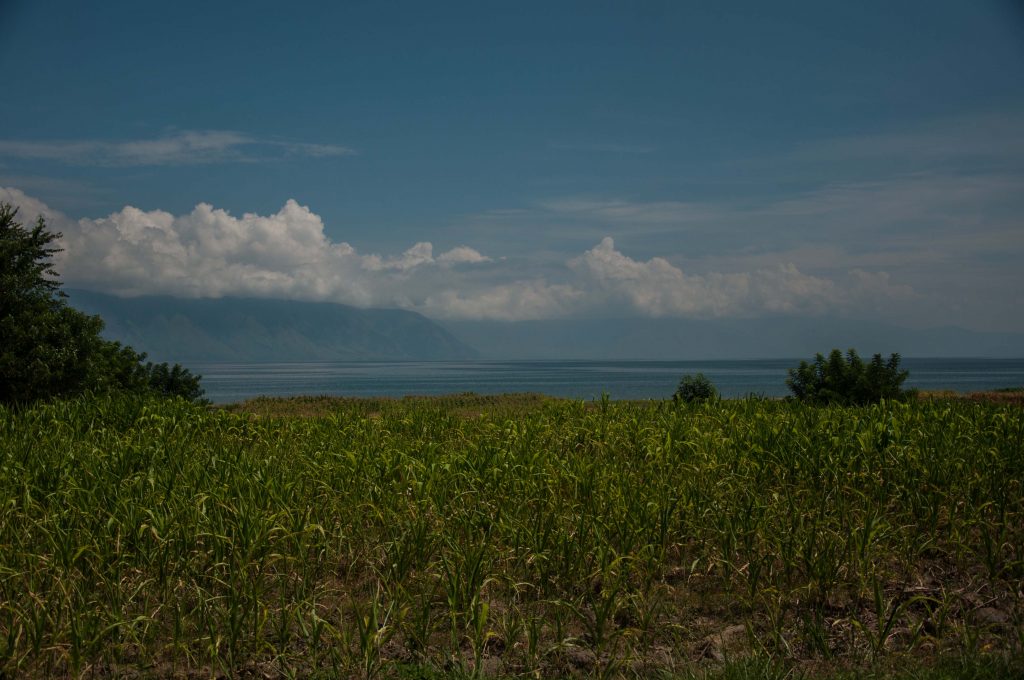 Lake Toba… am I still in Sumatra?!

There’s a lake result from a volcano crater, the Lake Toba (Danau Toba) and there’s an island inside the lake, a big island more than the size of Singapore, which was the cone of the volcano, the Samosir Island. A beautiful place where the lake blue waters contrasts with the gold grains of the rice fields.

Lake Toba is a beautiful place where the Batak cultural identity is still visible in the characteristic architecture of the wooden houses, with pointed and steep roofs, proudly decorated with woodcarving motifs, painted in white, black and red colours.

The landscape that surrounds the Lake Toba as well of the Samorir Island with green hills covered by cedar forest, the Christian churches the flowers that grow in front of the houses, the quietness of the place, the mild temperature… all this make me wonder: am I still in Sumatra?! 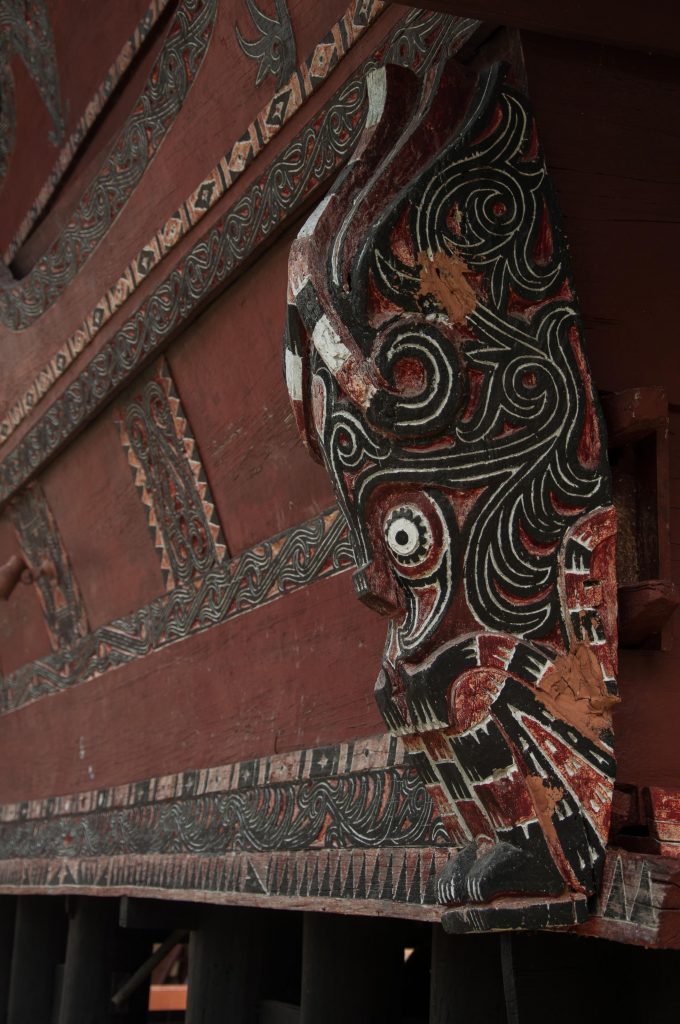 “Keep wildlife wild” can be found in a sign at the settlement of Bukit Lawang, a tiny village located at the entrance of the Gunung Leuser National Park that grows with the tourism that comes here to watch the wildlife, especially the orangutans.

The visit to the Gunung Leuser National Park is an amazing experience, where the orangutans can easily be spotted and where with some luck is possible to see one of the shy gibbon.

The hot and humid climate makes the walk in the Gunung Leuser a tiring experience but the contact with the magnificent jungle trees allow us to connect with nature in a way that only the jungle can do! 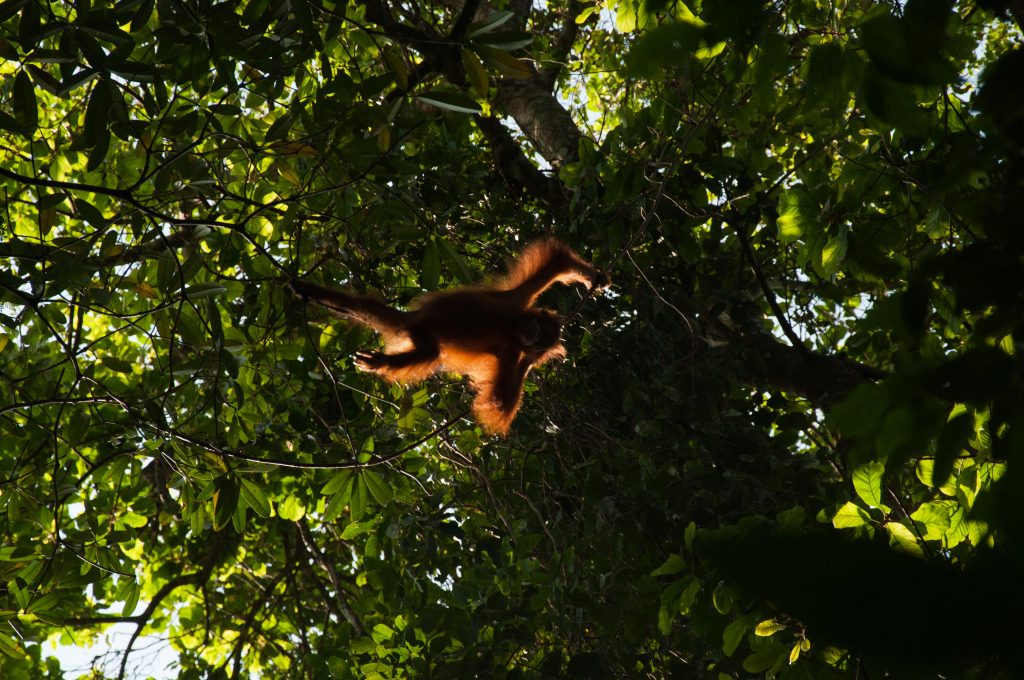 Medan is out of the tourist route, being mostly used as a point of arrival in Sumatra. But the city isn’t totally deprived of charm, with the Masjid Raya, a one-century old mosque with an exotic Islamic architecture, the Istana Maimoon, a palace built by a sultan that now a small museum, the old town with Dutch colonial buildings. There’s also a touch given by the Chinese shop houses and by the Indian neighborhood.

But the biggest surprise that Medan has to offer is the Tjong A Fie Mansion, the house of a rich Chinese merchant, from the end of the IX century, build in a mix of European colonial style and a strong Chinese influence, now transformed into a museum that shows also a bit Medan history.

Are you planning to visit these Sumatra anytime soon? Save this list for later:

I’m Catarina, a traveller, a blogger and amateur photographer. Since 2013 I adopted traveling as a way of life. I’m from Lisbon, Portugal… but presently I’m wandering through the world! Stepping out of Babylon 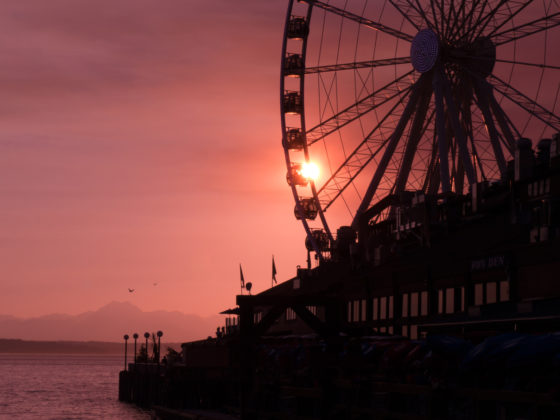 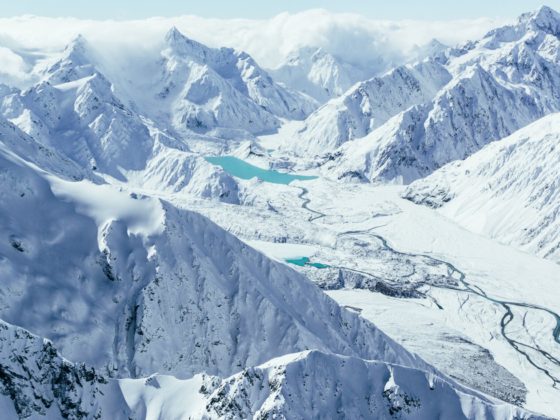