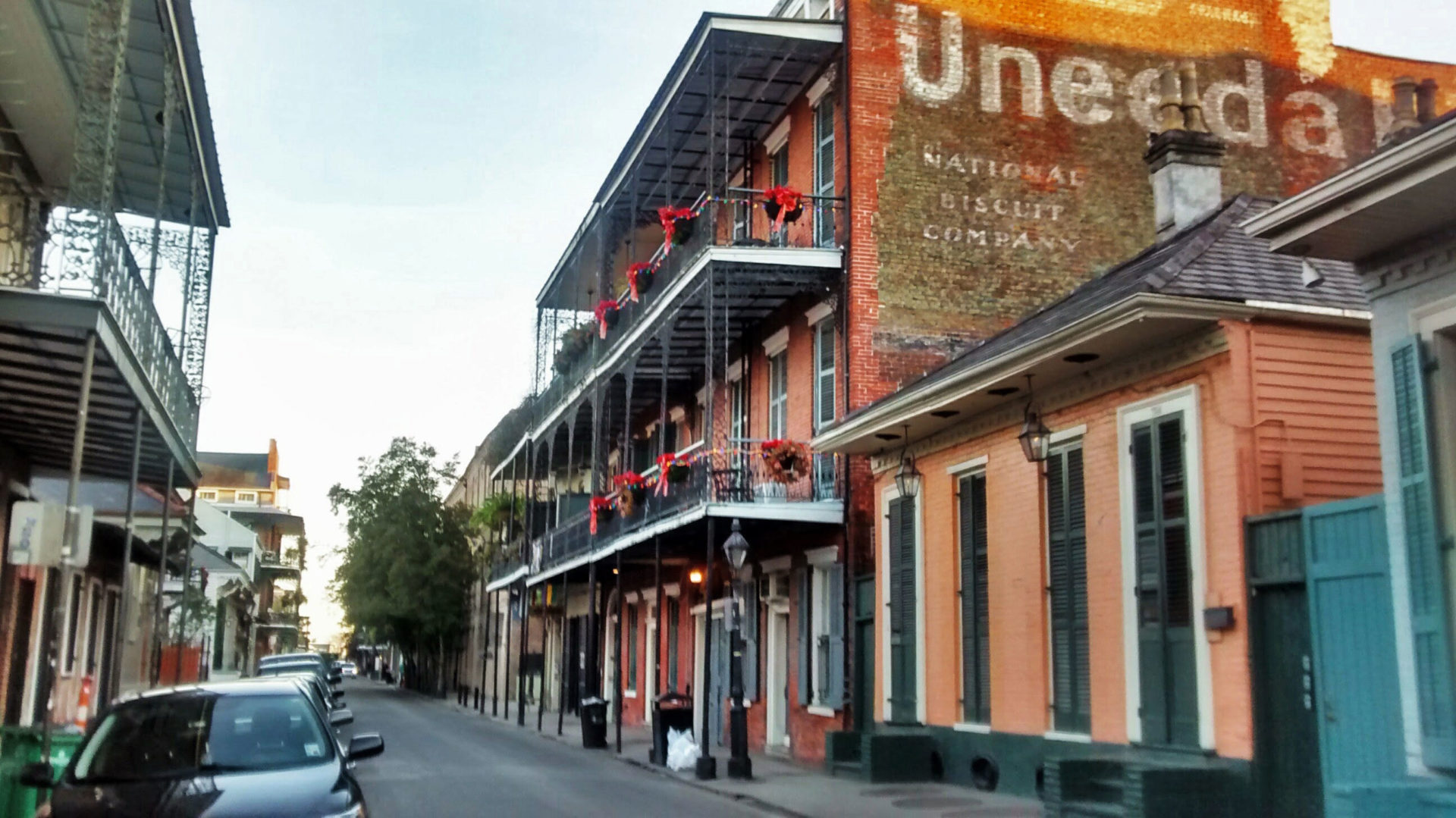 Visiting New Orleans In January: Top 8 Things To Do

New Orleans is known for its cultural diversity and unique music scene, for southern hospitality and spicy cajun food, for uneven cobblestone streets and the tombs rising above the ground. In January, not yet affected by the Mardi Grass hysteria, New Orleans is calm and charming, the prices are cheap and the weather is comfortably cool. Still, the anticipation of the February madness is palpable and you can witness the extensive festival preparations reaching all corners of the city. So if you are not a big party goer, January is the best month to experience the diverse cultural side of the city without crazy crowds but still not missing out on anything important.

Here are top 8 things to do in New Orleans in January:

1. Stroll the streets of the French Quarter

There is a sweet nostalgia for the past lingering in the New Orleans’ air, that is mostly deeply felt on the streets of the French Quarter. It is the oldest neighborhood of the city that derives its name from its founders, who were, obviously, French. However, the quarter fell victim to the two fires in the past and despite its name, the neighborhood was, in fact, rebuilt by the jolly Spaniards, and all the present historical buildings bear distinctive features of the Spanish architecture. With intricately ornamented balconies, bright walls, and colorful wooden shutters, there are no two houses alike in the French Quarter and yet they form an impressive, harmonious cluster of history, culture, and art. 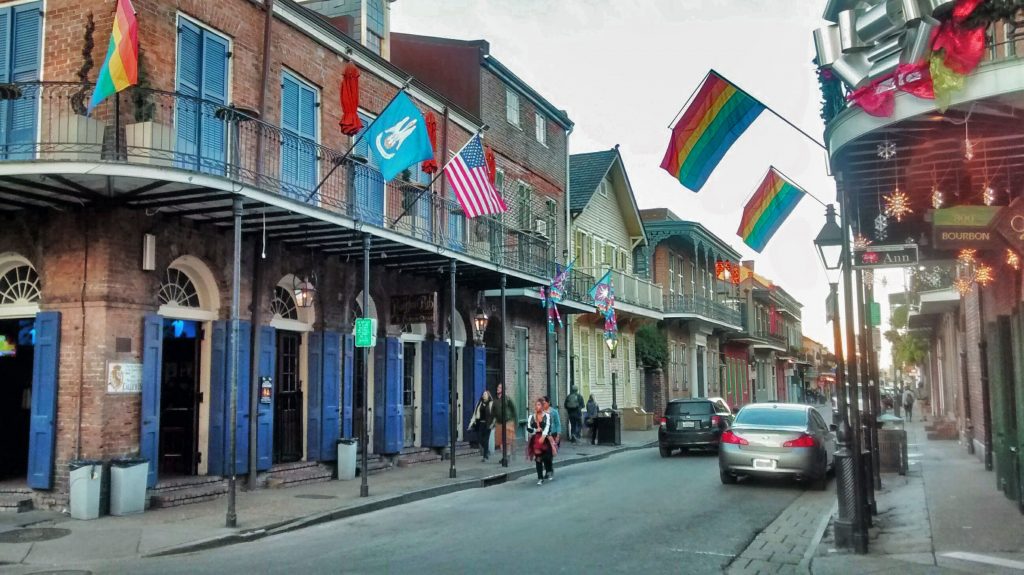 The oldest cathedral in the United States, St. Louis interiors provide calming refuge from the noise and hustle of the Jackson Square. It is neither overbearing nor opulent like other catholic cathedrals and that’s what make this church so unique – its power is welcoming and its beauty lies in its humble simplicity. At night the statue at the back of the cathedral is lit with a bright, milky light and casts a striking shadow of Jesus on the cathedral building. 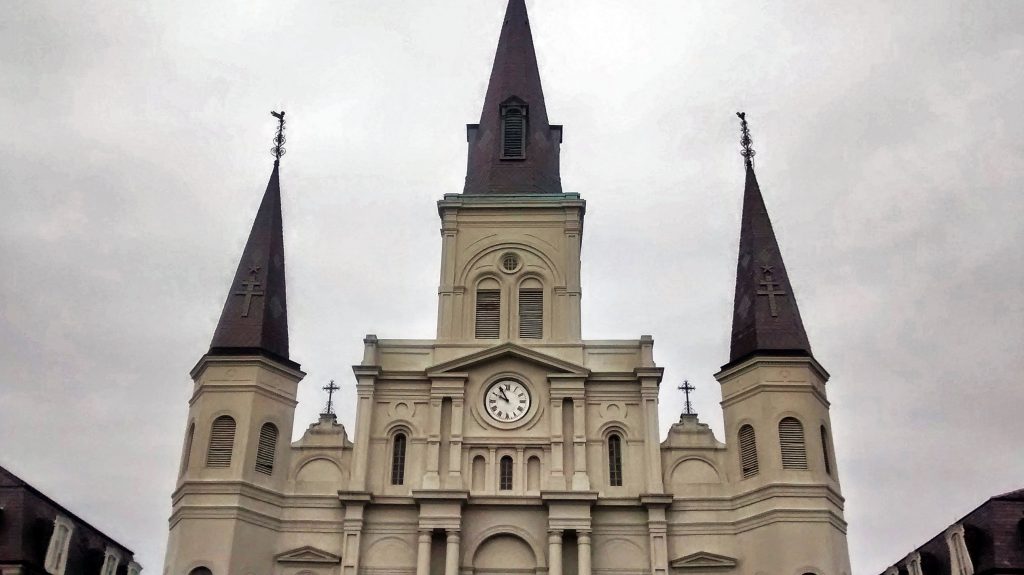 3. Enjoy the street performance at Bourbon and Frenchmen Streets

The two streets are close to each other and are the main party streets of the city, only the Bourbon street is fun and trashy, whilst the Frenchmen street is artsy and cool. Take friends for a late night stroll, peak into a quiet bar, have a drink or two, listen to the joyous sounds of live music on the Frenchmen street, then head south, tumble into another, now crowded bar at the Bourbon street, people watch wild American kids, having the time of their lives, and join them, if you feel like it, for the night full of fun and mischief.

4. Explore the tombs at the cemeteries (St.Louis and Lafayette Cemeteries)

New Orleans is built on swamps, so the tombs had to be put above the ground. It is an eerie experience to walk in the cemetery, with tall stone crypts and mausoleums rising on both sides of the walkway, and see the grieving sculptures and decorations, embellishing the tombs. 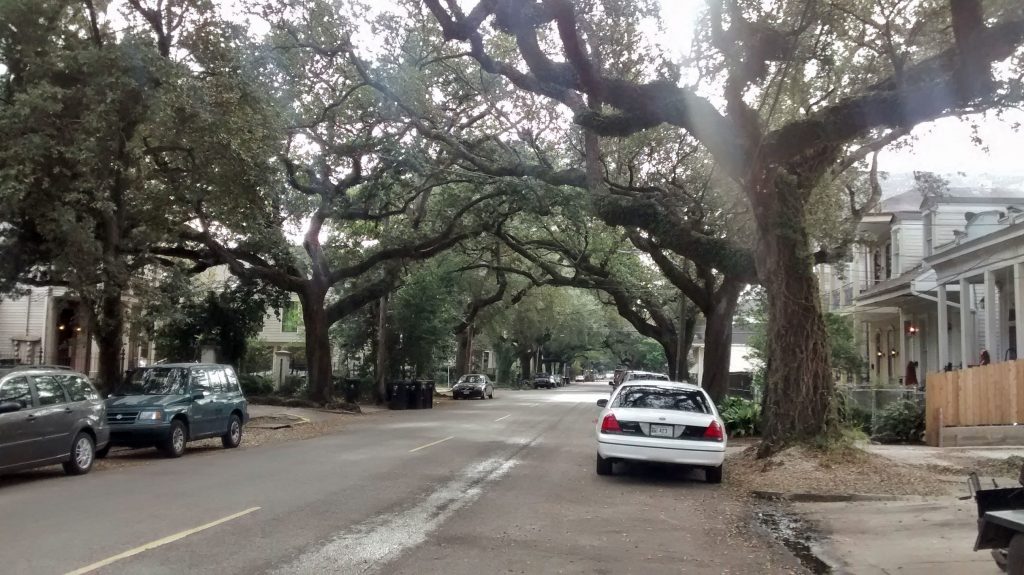 5. See the celebrities’ houses in the Garden District

Though tourists tend to stay in the central part of the city there is one neighborhood that can rival the French Quarter in its cultural significance – the Garden District. Known for its beautiful houses and gardens, that belong to celebrities, wealthy families and notable citizens of New Orleans, Garden District groomed gardens and spacious streets are a pleasant contrast to bumpy narrow streets of the French Quarter. Check out Sandra Bullock, Brad Pitt, Nicolas Cage and Lil Wayne houses, which are not easy to find, but if you join the free walking tour, the guide will be sure to pinpoint them for you. 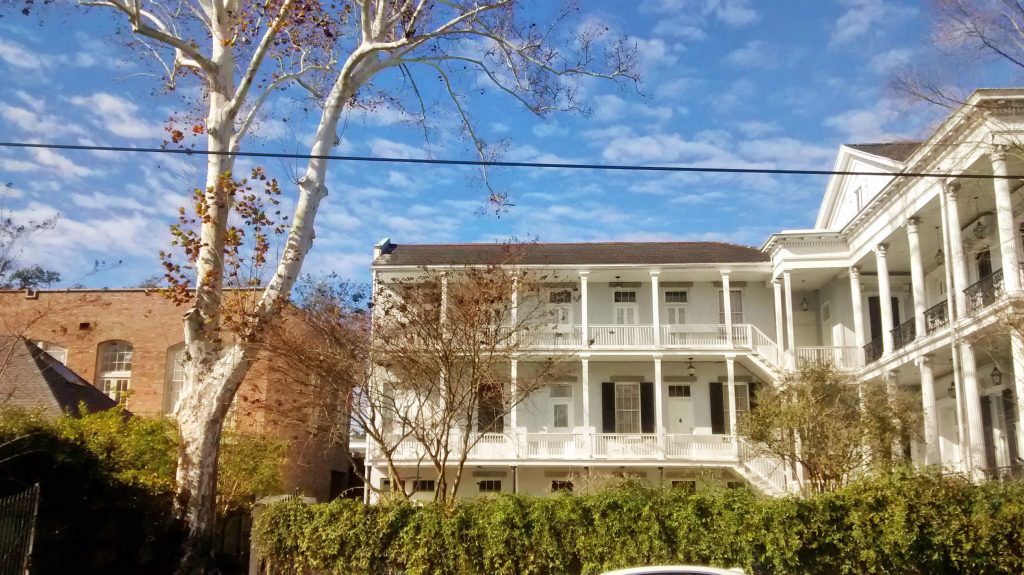 6. Listen to jazz at Preservation Hall

The visit to the city would not be complete without an evening filled with jazz at this staple cultural institution. The venue is small, you only get to listen to a 45-minute set, they don’t serve food or drinks, but the lines, leading to the entrance of Preservation hall, don’t seem to get any shorter. Jazz in New Orleans is not only a must thing to do – it is an experience, that heightens your senses and each sound immerses you deeper into the city’s magical atmosphere.

With New Orleans Museum of Art, occupying the grounds of the park, here you don’t merely spend time in nature, you experience the culture and modern art in the natural setting. Walk around the lake and notice the sculptures of different shapes and forms placed on the lawns, fixed on the benches, standing in the bushes and even submerged into the water in the middle of the lake. 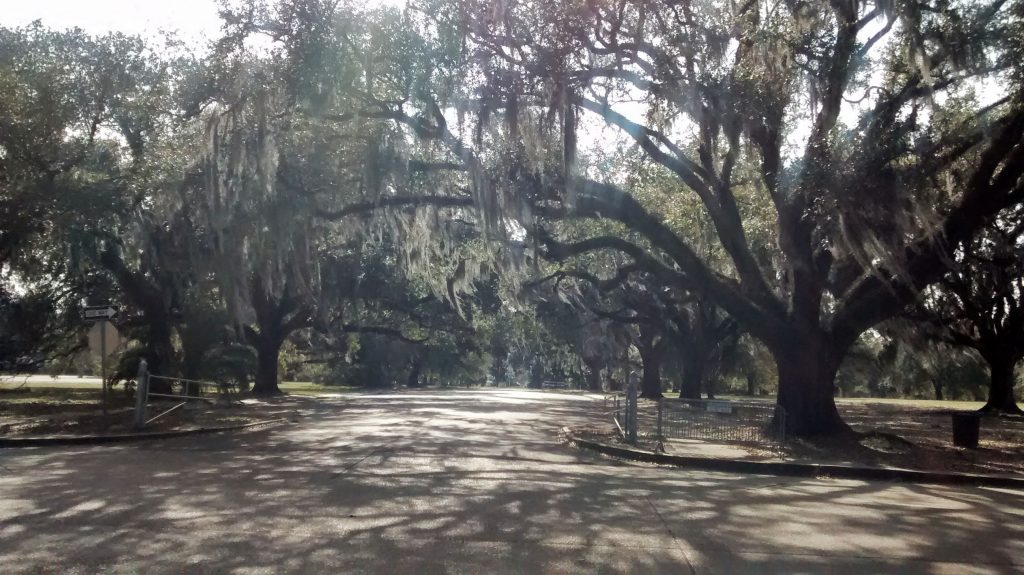 January is not the best months to see the alligators, as these large animals prefer warm weather, but you can still see their gigantic bodies, buried in the mud. Swamps are peculiar ecosystems with all kinds of animals inhabiting them so if you don’t happen to stumble upon the scary animals, you can still enjoy the tour feeding marshmallows to raccoons.

Other less cultural but still equally imperative things to do in New Orleans include:

Rano, THOUSAND AND ONE LANDS

Click here to view all places on your mobile phone within the myLike app:

Thousand And One Lands 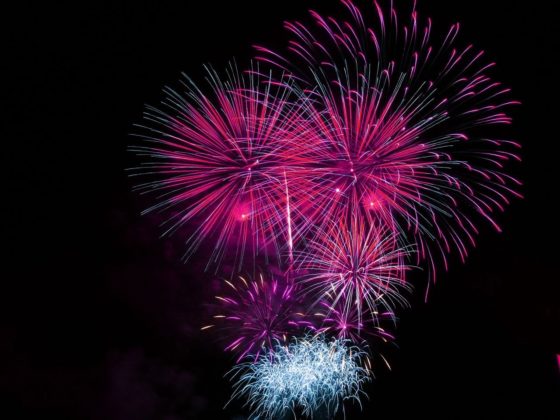 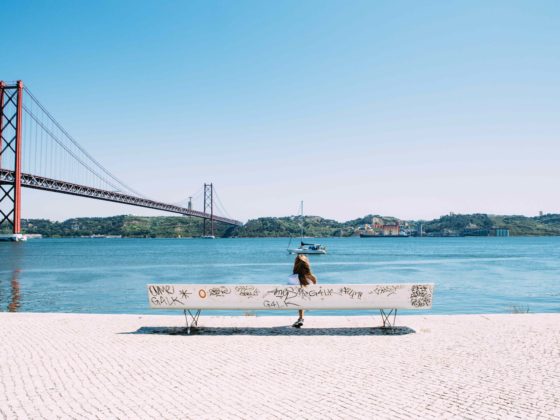 7 Lively Areas to Stay in Lisbon for First Timers